I have found 2 pennies in the last two days. I can go days, weeks even months without finding one. I don’t look for them they are just there. Going through this season of healing has been slow and difficult and sometimes I let the enemy trick me in to thinking that God does not see me. I don’t mean that He isn’t there I just mean that I feel invisible. Invisible in life. One of my favorite bible stories is about Hagar. She was the Egyptian maid to Sarai (Sarah) who was the wife of Abraham. Because Abraham and Sarah had no children Sarah sent her young maid in to Abraham hoping she would get pregnant and they could raise the child as their own. When Hagar saw that she was pregnant she despised her mistress the bible says. She probably rubbed it in Sarah’s face that she was with child but knew in her heart that boy would not really be hers. Sarah became very jealous that her maid got pregnant. Now I just have to say what is up with that Sarah? YOU sent this young girl in to your husband to have sex with him and hopefully she would get pregnant and when she does you treat her like dirt! Really? Sarah treated Hagar so harshly that Hagar left the camp. Jealousy is an ugly thing. Hagar was  probably heart broken, in disbelief, hurting so bad. The bible tells us in Genesis 16:7 that “the angel of the Lord” found her by a spring of water in the wilderness. In the bible when we see “the angel of the Lord”, it is usually a theophany, a self-manifestation of God. Here in these verses “angel of the Lord” speaks as God, identifies Himself with God. Hagar told the Lord that she was running from her mistress. The Lord told her to go back and submit herself to Sarah’s authority. What? Did she hear that right? Sarah sent her in, she does what Sarah wants, Sarah turns in to a shrew so Hagar says forget this noise! And the Lord wants her to go back and submit? Then the Lord tells her He will multiply her descendants so that they will be too many to count. Her head must have been swimming! After that revelation the Lord went on the tell her so much more: she was pregnant, she would have a son, his name would be Ishmael, the Lord has given attention to her problem, the boy would be against everyone and vice versa and he would live in the east. Her head must have been ready to EXPLODE! I can just imagine her sitting there with her beautiful tanned skin, long black hair, big brown eyes, tear stained face hearing unbelievable facts from a gentle loving stranger who commanded her undivided attention. As I am sure she was filled with wonder and amazement she looked at Him and called the name of the Lord who spoke to her and said (Genesis 16:13) “Thou art a God who sees. Have I even remained alive here after seeing Him?” Precious Hagar realized that she was in the presence of a Holy God. She was in awe. The bible tells us that the well was called Beer-lahai-roi.  This means “a well of the Living One who sees me”. El Roi. The God who sees me. He sees ME. He SEES me. HE sees me. When I first researched this verse and really learned the meaning I was going through a very tough time in my life. I felt like my prayers were hitting the ceiling. Ever been there? Like you were praying into thin air? Let me tell you it was a very dark time (yes,I have dark times). Then I met El Roi and that name stopped me in my tracks. I laid my head on the pages and cried, tears staining verses 13, 14 & 15. He sees me. As I raised my head and looked up to my white ceiling I knee He saw me. Through my tears I thanked Him for Hagar and her story, for the bible study that led me to this name and for His infinite mercy for loving me. El Roi has become my heart name for our Heavenly Father. El Roi, the God who sees me. Remember the invisible feeling I had? The pennies were an immediate reminder that God can be trusted. God can always be trusted without a penny but it is a concrete reminder for me. The pennies I found were rusted, buried, dirty and shot just like I felt. On one of the pennies the In God We Trust was worn off. Sometimes the condition of the pennies I find are conducive to how I feel. Holding the pennies I prayed to my El Roi. He sees me. He sees you precious one. God sees your pain, your hurt, your disappointment, your deep and unbearable grief, your rejection, your emptiness. He knows that situation in which you find yourself this very minute and He loves you so very much. He is holding you, caring for you and walking with you through whatever it is you must learn to accomplish in your life to be more like His Son. What a gentle yet strong and mighty God we serve. El Roi. The God who sees me. The God who sees you beloved. 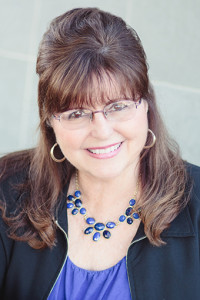 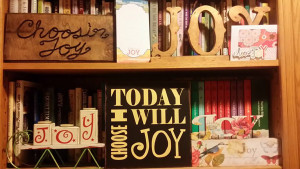